Getting to know the man behind the ink

With the announcement of the new Battlecats arc, we thought it would be the perfect time to catch up with the creative team and see what it’s like working on Mad Cave’s flagship title. Today, we catch up with Michael Camelo to find out a little bit more about the man responsible for bringing Battlecats to the page.

Chris Fernandez: You’re responsible for bringing Valderia to life, what has been the most difficult aspect of that?

Michael Camelo: The most difficult aspect of working on Battlecats is definitely the world building. The environments, the characters, the mythology, is very detailed and is what is responsible for giving Valderia its personality. If you look at the different cultures in Valderia, you’ll notice the influence of chinese architecture, medieval aesthetics, just to name a few… Mark writes very intense action scenes full of swords, magic, and blood and I do my best to infuse that with the personality of the Battlecats and their cultures.

CF: Who is your favorite Battlecats character to draw?

MC: Definitely has to be Vaela. I love drawing her. Not only because her design is the simplest of the Battlecats, but because of her aesthetic. She’s beautiful and fragile, but can be ferocious when she needs to.

CF: Who is your least favorite to draw?

MC: My least favorite to draw is Kelthan. He has so many details in things like his armor, cape, and sword which makes it difficult for things like camera angles. It also doesn’t help that he gets the most “screen time”. Hahaha! 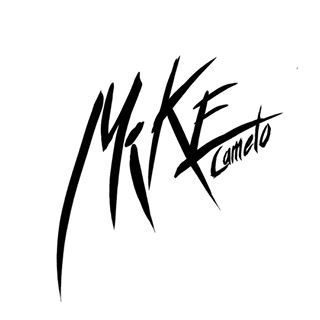 CF: If you could give an aspiring artist advice, what would it be?

MC: I would say be modest. Find people who want to help you be the best version of yourself. Find artist that you admire and listen to what they have to say, most of the time they have been in the exact same position as you. Also, don’t let your pride get in the way of your growth as an artist. We all have a distorted view of our work and think it is great, but arrogance can sometimes get in the way of the truth. And finally, obviously, practice every day! Work on your weakness until they become strengths!

CF: What are you watching, reading, or playing right now?

MC: Right now I’m watching the third season of Daredevil. I watched the first two seasons a long time ago and I’m finally getting caught up. I’m also reading a book titled “The Painter Under the Dishwasher” written by the Brazilian writer, Afonso Cruz. It’s an interesting chronicle about an artist during the Nazi occupation of Slovakia. And I’m playing Spider-Man on PS4. It’ super addictive, especially because I am huge fan of the character!

Get a free mystery item with any purchase through the Mad Cave online store. From pins to limited exclusives, you never know what you'll find in the Cave.