Bountiful Garden Issue #1 is now available in stores! This series, which you may have started on Free Comic Book Day’s 20th Anniversary, is centered around a squad of genius teenage scientists who are sent on a mission to terraform a distant planet. In a twisted turn of events, they find themselves on a mysterious planet. As they set out to find supplies to repair the ship, they encounter a cosmic horror that has not only damaged their ship, but warped their minds. 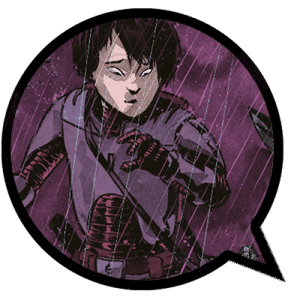 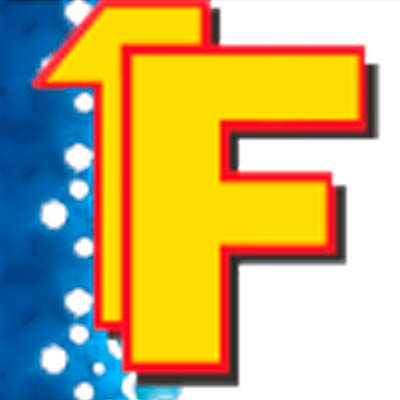 First Comic News
Read More
“This is a good series. There is something sinister about this unknown planet. It is mysterious and you can feel the danger.” 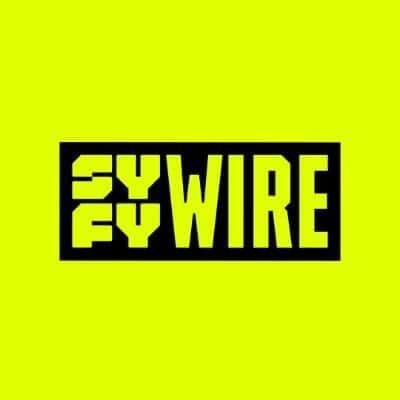 SYFY@SYFYWIRE
Read More
“A great new cosmic horror story from writer Ivy Noelle Weir and artist Kelly Williams which examines what happens when a group of teenage scientists head out on a terraforming mission in cryostasis.” 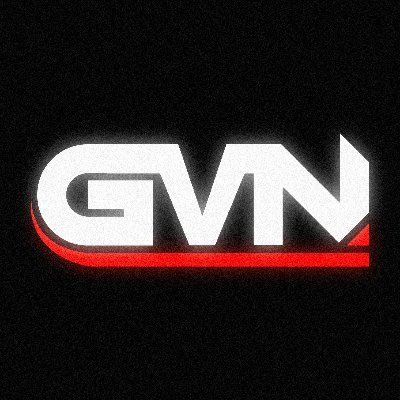 Geek Vibes Nation@GeekVibesNation
Read More
“Kelly Williams along with colorist Giorgio Spalleta gives us a sombre, isolated feel as fitting with the storyline and a watercolor like palette that is extremely well executed. If you like classic Sci-Fi along with a Monster/Horror Vibe, Bountiful Garden will prove to be a must read.”
Previous
Next
Take A Step Inside The Cave With Author Ivy Noelle Weir & Editor Steenz, to see a behind the scenes scoop of their creative process.

“When I first came on to Bountiful Garden I was excited for the opportunity to do a Sci-Fi/Horror story. I do a lot of Horror but rarely get to do much Sci-Fi. As the story started coming together and we started seeing the different themes that were being explored, excitement just grew! Ivy did an amazing job getting us connected to the players in such a short amount of time. Giorgio’s color work is amazing. His work improved mine 10 fold. The hardest thing about this book was stopping.” – Artist, Kelly Williams

“In Bountiful Garden, I set out to pay homage to some of my favorite science fiction and horror creators from across the history of the medium, having grown up as a huge fan of these genres. Speaking as a writer, the team of Kelly, Giorgio, and Justin has been an absolute dream – every script I turned in, I was so excited to see how they would run with it and make it even more cosmically creepy than I could have imagined. I think this is a very classic, timeless sort of horror story, and that fans of both horror and sci-fi will find a lot to like here (and plenty of scares!)” – Writer, Ivy Noelle Weir 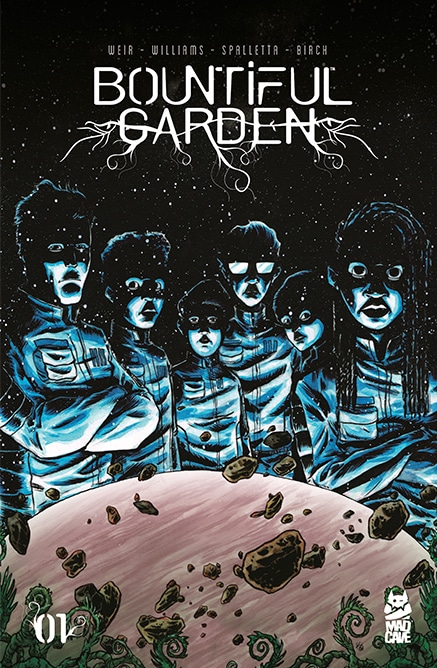 Synopsis: In the year 2200, a team of teenage scientists are sent on a terraforming mission to a distant planet. Selected as the best and brightest of their generation, architect Jonas, botanist Marnie, biologist Jane, engineers Anya and Kamari, and security detail Kurt are all put into cryostasis expected to wake up when it is time to prepare to land on their assigned planet. When they are awakened abruptly, ten years early, halted above a strange planet, the teens are tasked with trying to figure out why they’re stalled – or what stalled them. As they break into two teams, one tasked with fixing the ship, the other with exploring the unknown planet below, they’re faced with an increasingly nightmarish scenario as they encounter a cosmic horror that seems to not only have attacked their ship, but also their minds..

Bountiful Garden #1 can be purchased on madcavestudios.com, Comixology, Drive-thru comics, or your local comic book shop.

Mad Cave Studios: is a comic book and graphic novel publisher founded by Mark London in 2014 driven by madness and committed to quality. For additional information, visit madcavestudios.com.

We’re back from our first-ever San Diego Comic-Con, and we had a blast! We’d like to thank everyone who came to visit our booth, every

Maverick Minute: In the Shadow of the Throne Q & A

Our upcoming original graphic novel, In the Shadow of the Throne, takes readers along with Jordan to a mystical land, where he finds himself at

The intermission is officially over, and your favorite sideshow is back! Our highly-anticipated digital exclusive, Show’s End: The Second Coming, is now available on your

This year marks the 5th anniversary of Mad Cave Studios’ highly-anticipated annual talent search. For the first time, we’ve expanded our talent search to include

Roadtrip season is officially here, and we’re making our way to San Diego for our first-ever San Diego Comic Con! To celebrate, we’re having a

We’re kicking off this summer with a splash! Maverick’s first-ever Summer Reading Challenge is here! For every week between July 14th and August 25th, we’ll