Knights of the Golden Sun, Honor & Curse Back for a Second Arc

This winter, cozy up with some Mad Cave favorites!

Two first wave titles that put Mad Cave Studios on the comics map are making an exciting return! It was an easy decision for writer Mark London (Battlecats) to bring the second arc of Knights of the Golden Sun—blending even more history and fantasy with biblical elements, all perfectly captured in the intricate and detailed art by Mauricio Villarreal with an exclusive variant by Adam Gorham—as well as the return of Genshi, the Tengu, Akemi, and the rest of the Iga back shinobi thriller, Honor and Curse, featuring art by Nicolas Salamanca. 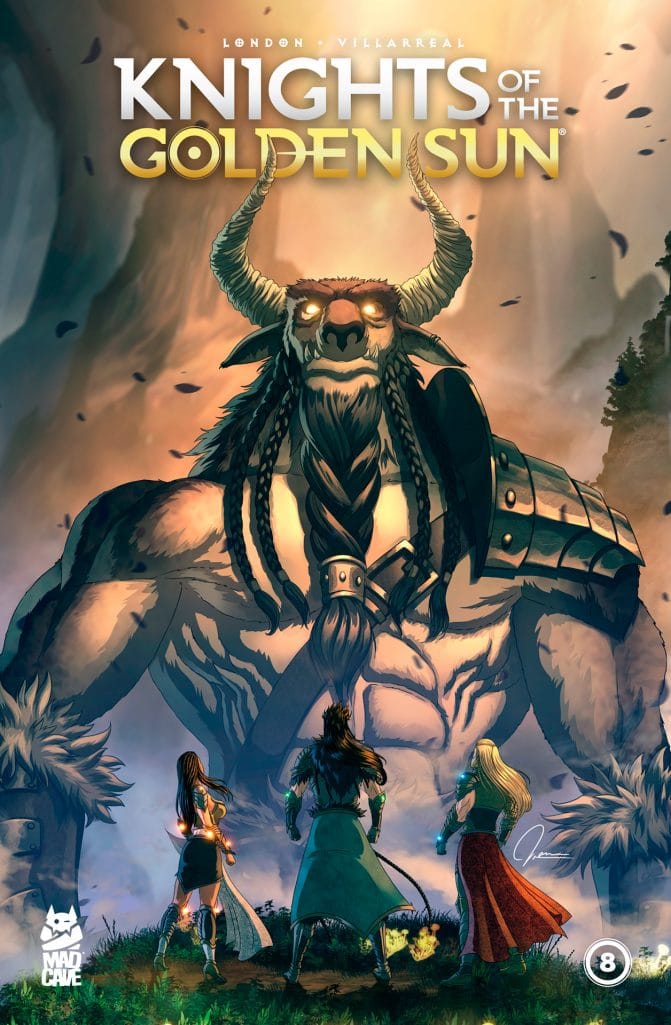 The Archangels are back! With Metatron on the run, and Lucifer nowhere to be found, the Archangels must scour the Earth for the pieces of God’s Armor in order to prevent them from bringing destruction upon the world the likes of which have only been hinted at through the annals of history!

“To be able to continue working on Knights of the Golden Sun is exhilarating,” said Mark London. “Not only because I can continue working on a story that we have set out to do from the beginning, but because I’m in love with these characters and I truly enjoy working with Mauricio. It’s a story about the archangels and their struggles as a family. It’s about facing doomsday scenarios that are bigger than anything the world has ever seen. It’s going to be a wild ride… just like everything Mad Cave does.”

“I’ve always loved being a part of this project because I love epic stories that take place in amazing worlds, and that is exactly what Knights of the Golden Sun is,” said Mauricio Villarreal. “In volume two, we are going to explore a much larger world filled with all sorts of fantastical creatures as well as even more historical figures than the last volume.”

Catch up on Knights of the Golden Sun 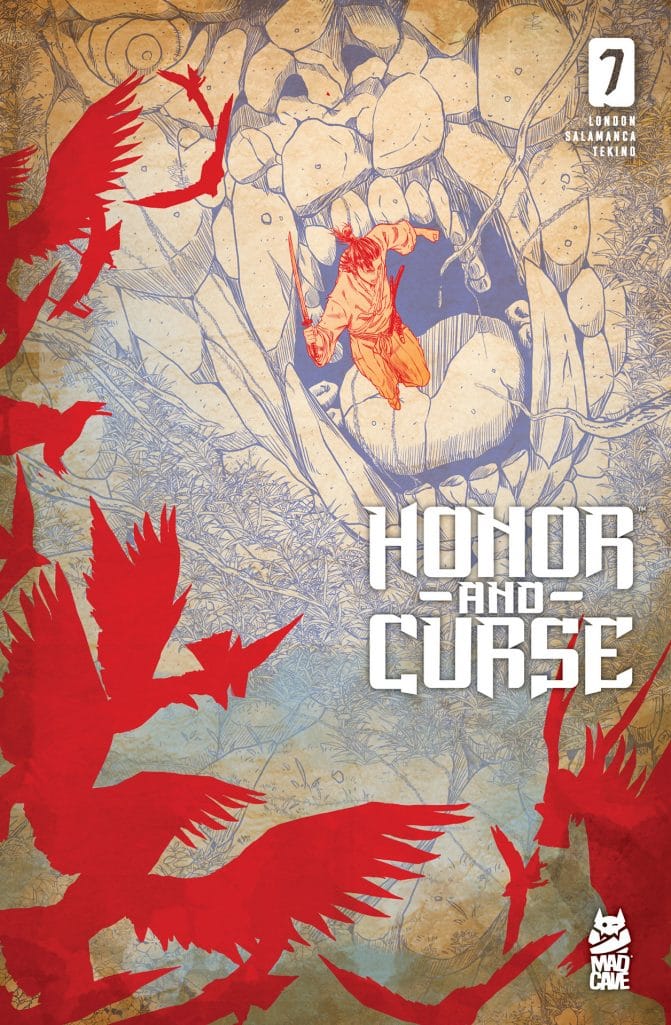 Left reeling after the murder of Lord Haruki, Genshi makes his way to the Jade Caverns per Nishiro’s instructions. Meanwhile, Akemi took control of the Iga and is training like never before to defend her clan from potential threats… like the rival Koga clan who are looking to seize the opportunity presented by Lord Haruki’s death.

“When I first came up with the idea for Honor and Curse, it was supposed to be a straightforward ninja tale with some historical elements and tons of action,” said Mark London. “However, once I started diving into the research, I became fascinated by all of the mythology surrounding the era and the story morphed into what it is today; a story about a talented ninja possessed by an evil mountain spirit known as a Tengu. With the fantastic art that Nicolas and Tekino bring to the table, I can’t wait for the fans to see what we have in store for Genshi, Akemi, and the rest of the Iga clan.”

“Honor and Curse is a comic that I have a lot of affection for, not only because of the fact that it is set in feudal Japan, but it has allowed me to grow as an artist,” said Nicolas Salamanca. “I definitely consider it an honor and not a curse to continue working with Mark and Tekino on this incredible story.”

Catch up on Honor and Curse

Join the cave dwellers by following Mad Cave Studios for the most up-to-date information! Want to get your hands on Mad Cave Studios’ comics? Head over to your LCS or visit madcavestudios.com to read every issue #1 for FREE! Mad Cave Studios comics are also available digitally on Comixology and Drive-Thru Comics.

Uncover what’s in store for 2021, take a peek at early inks, and enter to win the full collection & exclusive posters for two of

Genshi Returns Genshi Sakagura and his cursed Tengu are back in the second volume of Honor and Curse, Mad Cave’s action-packed Shinobi tale influenced by

The Battle For God’s Armor Begins: Knights Of The Golden Sun Now In Stores

Find the light, burn brighter than the sun, and evil will fall. Knights of the Golden Sun #8 heralds the return of the Archangels available

The Archangels Are Back… With Savings! 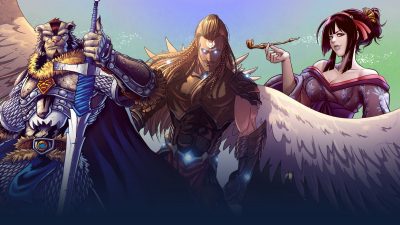 Con season continues, but this time we’re not going too far as we’re hitting our hometown convention, Florida Supercon hosted by ReedPOP.