With two all-original 20-page stories; one from writer Cullen Bunn with art by Andrea Mutti and the other from Mark London with art by Luisa Russo, Mad Cave’s first ever horror anthology uses the Grimm Fairy Tales as inspiration. In addition to industry stars like Christopher Sebela, Nadia Shammas, and Stephanie Phillips, this haunting anthology will feature over ten terrifying tales including three from the winners of Mad Cave’s 2020 talent search. 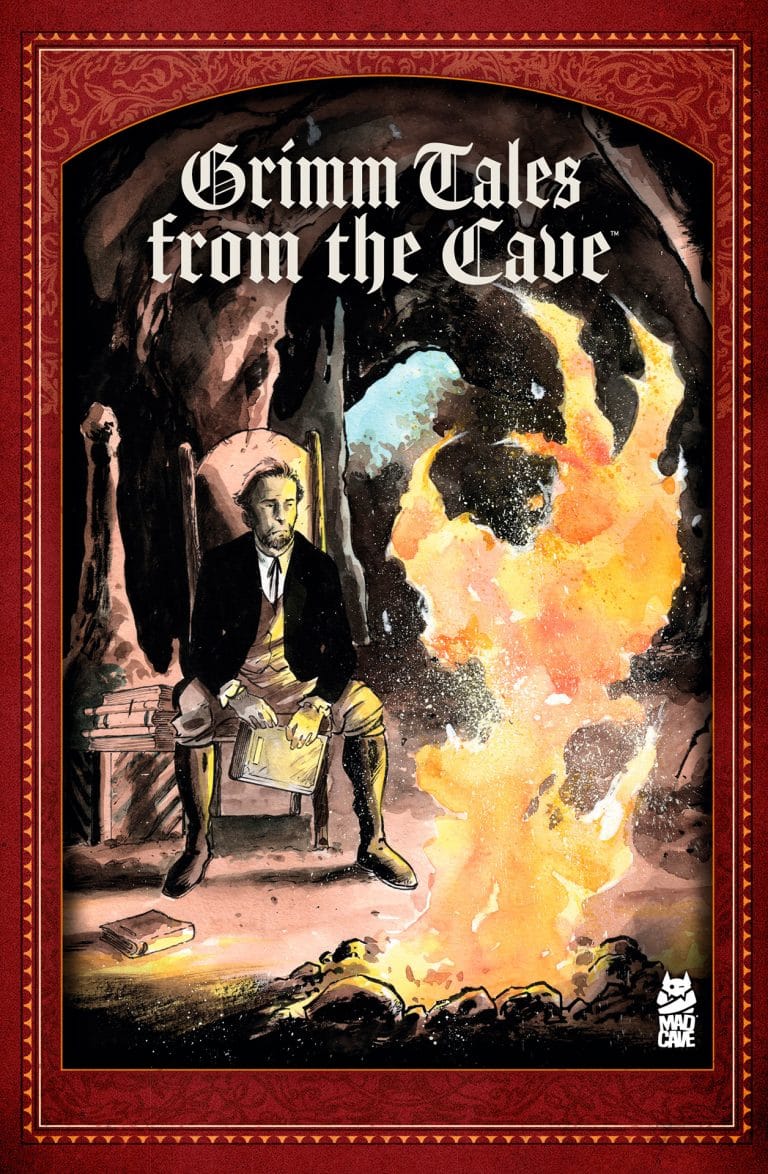 In the spirit of halloween, this October Mad Cave Studios is releasing a new Horror Anthology called Grimm Tales From The Cave!

Jump into each tale and uncover the dark twist each story holds, pre-orders will be available today on our website!

“It’s exciting to take a fairy tale–one, I’ll admit, I was not familiar with until Andrea mentioned it to me as one of his favorites–and turn it into something modern, poignant and even darker than the source material… which was pretty dark to begin with!” – Writer, Cullen Bunn

“When Cullen and Chris pitched the idea of a Brothers Grimm fairy tale set in modern times, I thought to myself: “Hell, why didn’t we think of this sooner!” So light a candle, and get ready for tales from the Brothers Grimm like you’ve never seen before!” – Artist, Andrea Mutti

“I love working with horror and the idea of blending the old and new, which is exactly what this anthology sets out to do by remixing the Brother’s Grimm. Working with Maan House, an absolutely incredible horror artist, made this project all the more fun to be a part of.” – Author, Stephanie Phillips

Grimm Tales from the Cave will be available for pre-order on July 28th at Comixology, Drive-thru comics, or your local comic book shop.

Bountiful Garden Issue #1 is now available in stores! This series, which you may have started on Free Comic Book Day’s 20th Anniversary, is centered

Mad Cave is coming back to the Big Apple!

Previous Next We are happy to announce that we will be attending NYCC! 2021 marks the 4th year being back at NYCC and we will

Bringing The Story to Life: Becstar

The second volume of Honor and Curse, Mad Cave’s action-packed Shinobi tale influenced by Japanese folklore, finds Genshi Sakagura training to control his Tengu with the help of an ancient Shinto priest.

Mad Cave Studios is excited to announce our new D&D series, The Last Session. Join Jay, Lana, Drew, Walter, and Shen as they go up against some of the most puzzling monsters and life roadblocks. Dive into the game and their lives, as they discover their true friendship through Dice & Deathtraps.