Humanity had long forgotten the Gods, their lives consumed by technology. Spurned by humanity for their advanced technology, the Greek gods have returned to Earth once more to exact their wrath. Goddess Artemis, however, rejects the rules of her family, finding love and solace in a mortal human being– and pays the ultimate price for the ultimate “betrayal”. Now, ten years later, Artemis sets out on a quest for revenge– but can she confront her father, and discover the truth about what was taken from her? 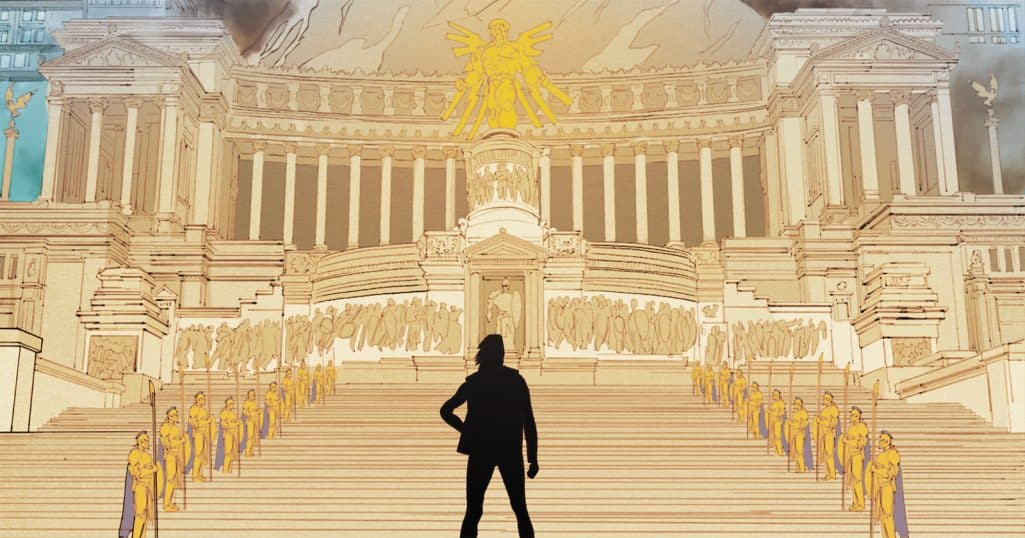 No gods, no masters 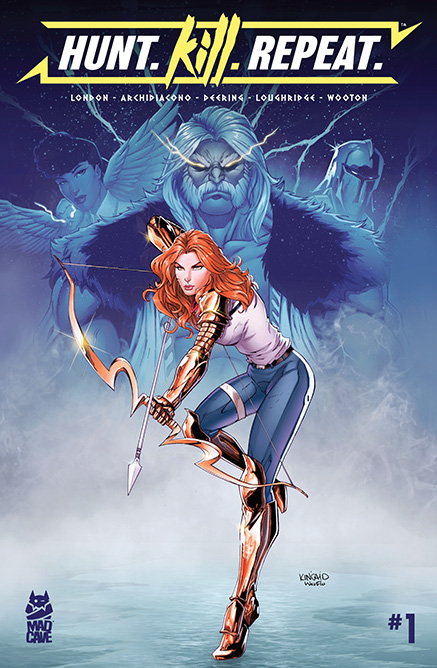 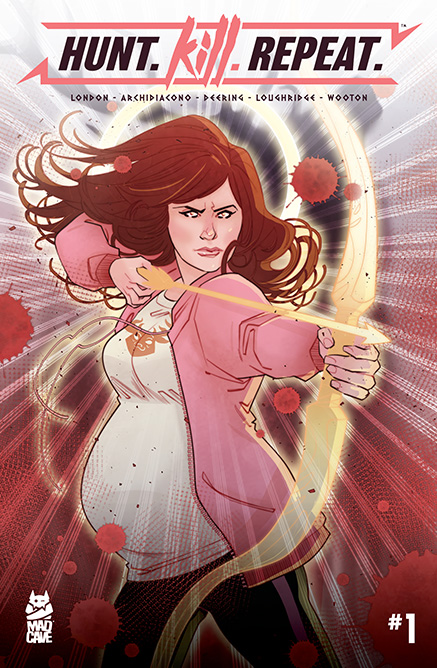 Synopsis: It’s Kill Bill meets Clash of the Titans in Hunt. Kill. Repeat. The all-new, action packed series by Mark London (Battlecats, Knights of the Golden Sun). When the Greek gods invade Earth, society is quickly forced to comply with their new rulers.
However, one god, Artemis, rejects her brethren’s ideology and has found solace in the love of a mortal. When she is called to Olympus to answer for her betrayal, the gods strip away her godly powers and leave her for dead. Now, ten years later, Artemis is on a quest for revenge to confront her father, Zeus, for taking away everything she ever loved. 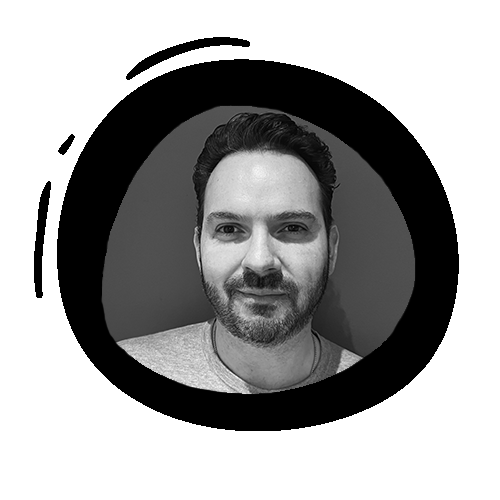 “I’d wanted to write a story that combined the fast-paced action of John Wick and Kill Bill with the grandiose spectacle of Clash of the Titans. Hunt. Kill. Repeat. is that story. Over the past year, we have been riffing on all those elements to create a bombastic, wide-screen, and action-packed story filled with tremendous heart.

From Francesco Archidiacono’s perfectly executed penciling to Lee Loughridge’s vibrant colors, Hunt. Kill. Repeat. came to life exactly the way I had envisioned it in my mind. It’s been a wild ride and truly invigorating to work with such talented individuals like the artists mentioned above, but also Marc Deering (Inks), Rus Wooton (Letters), and Chris Fernandez (Editor). I am beyond excited for the fans to get this double-sized first issue in their hands and for everyone to see what we have in store for them with Hunt. Kill. Repeat.”
– Writer, Mark London (He/Him)

“Hunt Kill Repeat is a wild ride packed with punches, people in armor, blood and monsters. I
honestly couldn’t have asked for more from my first work with an American publisher and I hope
my pencils convey the fun I had while working on it.

I said I couldn’t have asked for more, and yet I got more: aside from being extremely fun, working on HKR has been an invaluable training ground. The huge variety of scenarios, settings, moods and characters in which Mark throws me in each issue constantly helps me go out of my comfort zone and any pro would tell you that that’s how you grow as an artist. It’s a challenge, but challenges are what make this job interesting!”
– Penciler, Francesco Archidiacono (He/Him) 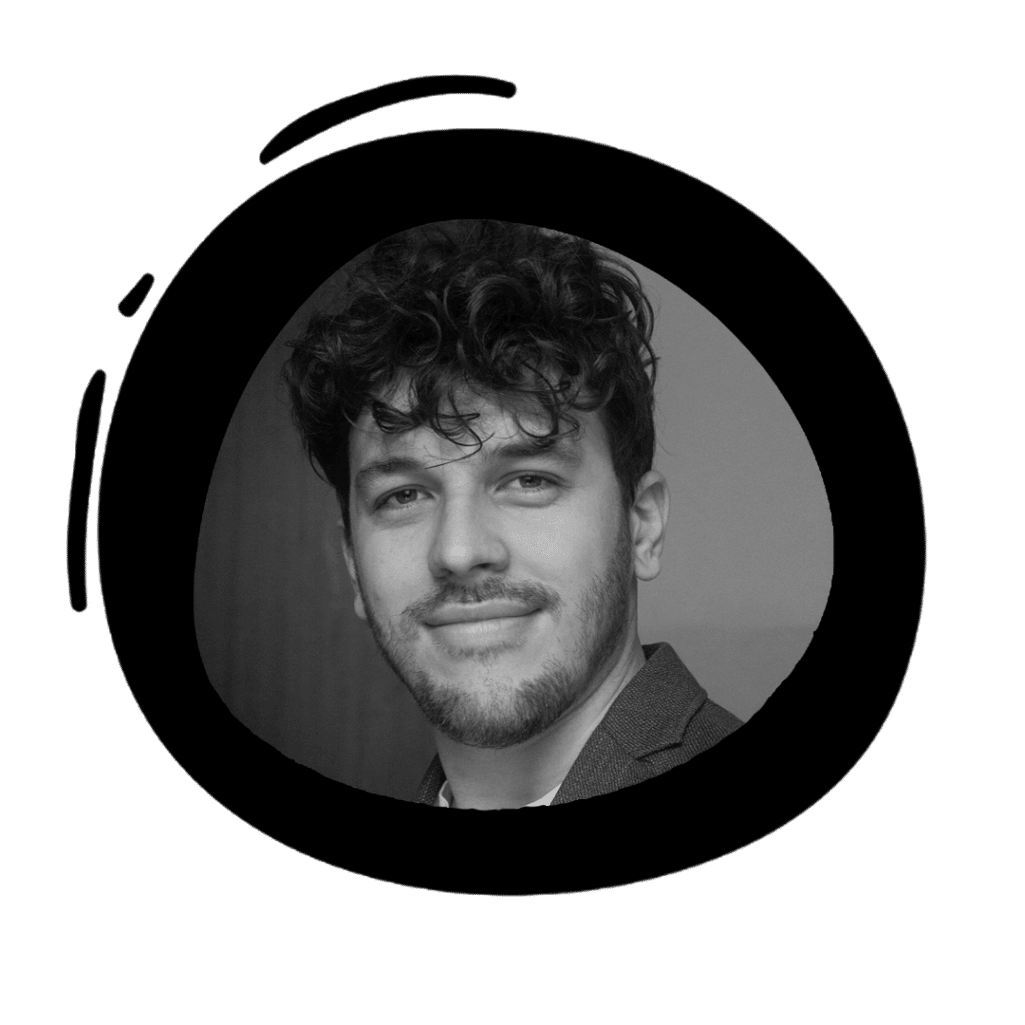 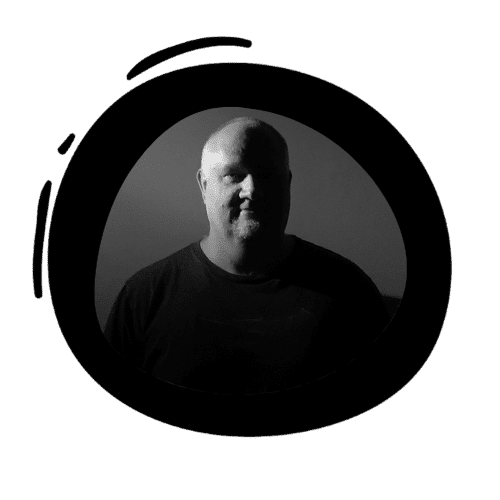 “I am very much looking forward to showing the world that we have all spent the last 10 months working on and introducing Francesco’s wonderfully dynamic pencils to everyone. Hunt. Kill. Repeat. is a crazy thrill ride! Hold on and get ready!” – Inker, Mark Deering (He/Him)

Glory to the Gods! We’ve got your first look inside the pages of Mark London’s newest fantasy epic, Hunt. Kill. Repeat. Check it out below!

Hunt. Kill. Repeat. Is currently available on the Mad Cave Studios website for pre-order here, and will be available at your favorite local comic shop or digital comic reader on March 1st, 2023!

Mad Cave Studios is a comic book and graphic novel publisher founded by Mark London in
2014 driven by madness and committed to quality. For additional information, visit madcavestudios.com.