No products in the cart.
$0.00 Cart
Read the First Issue Free 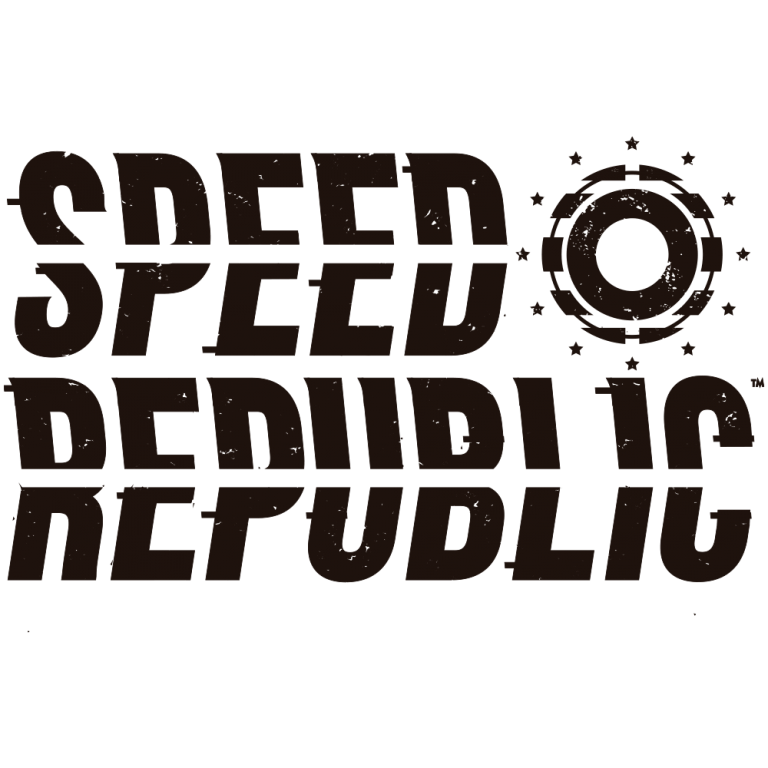 In the future, Europe has united under one man, The Autocrat. He rules the apocalyptic landscape from corporate monopolies with a vision of unity that is gospel to some, but hollow to others. To distract the 99% from their poor and empty lives, they are given the opportunity to compete in the Grand Race. A marathon street race through Europe where only one driver can make it to the end and win a life of luxury.

Our hero, Sebastian Valencia, enters with the hope that winning this race can make up for his wasted past, but along the way he starts to question what kind of future he is actually buying into.

For fans of Cannonball Run and The Hunger Games. 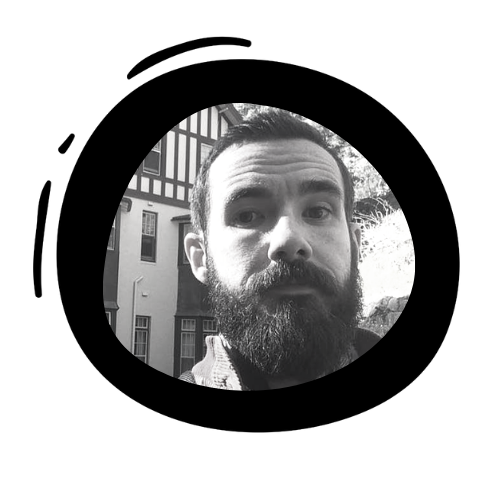 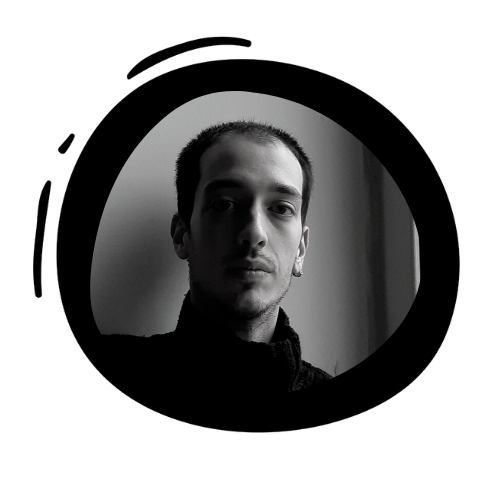 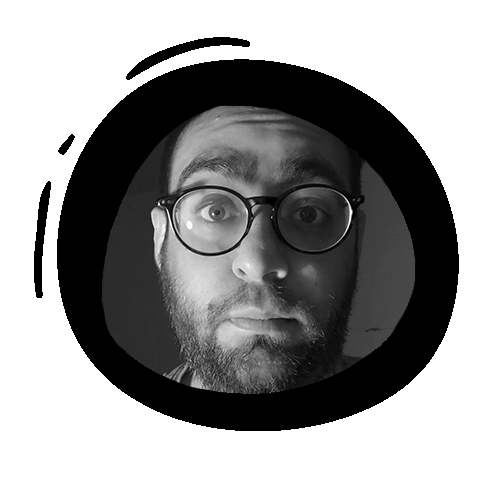 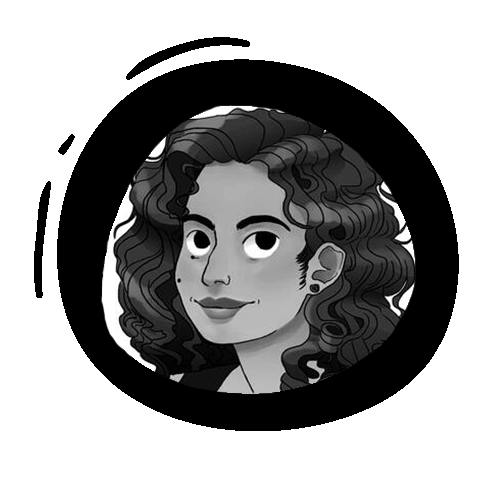 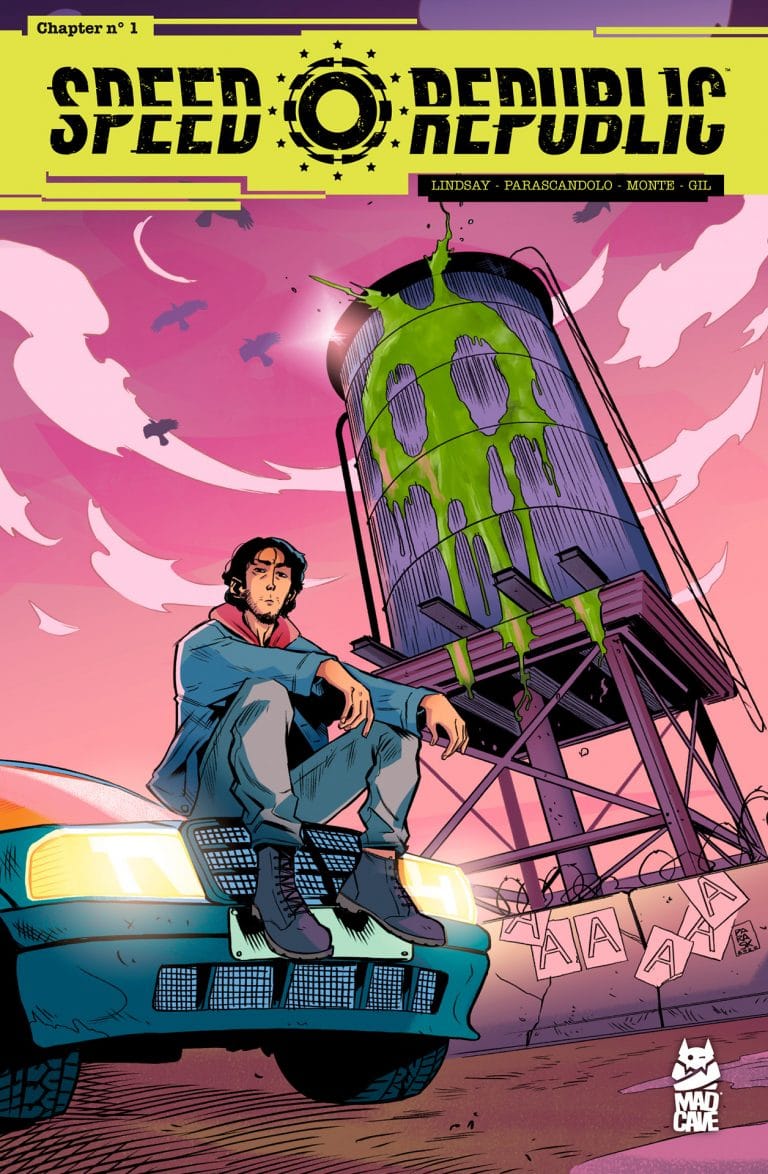 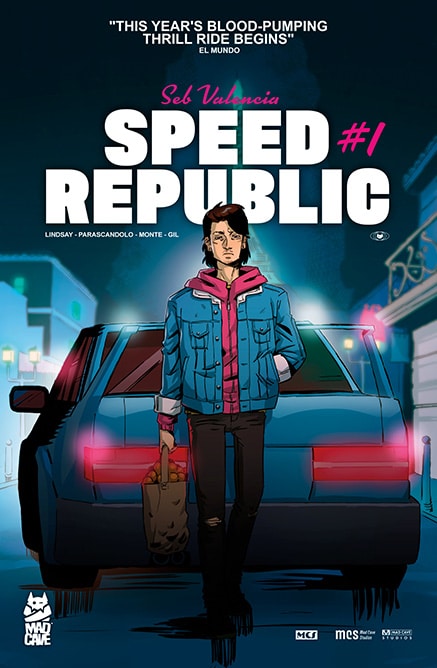 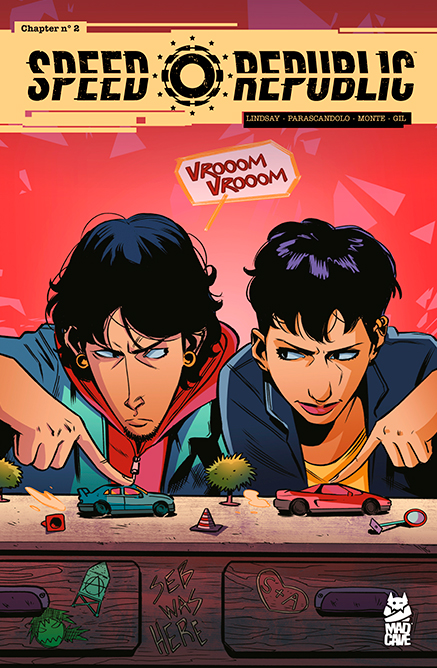 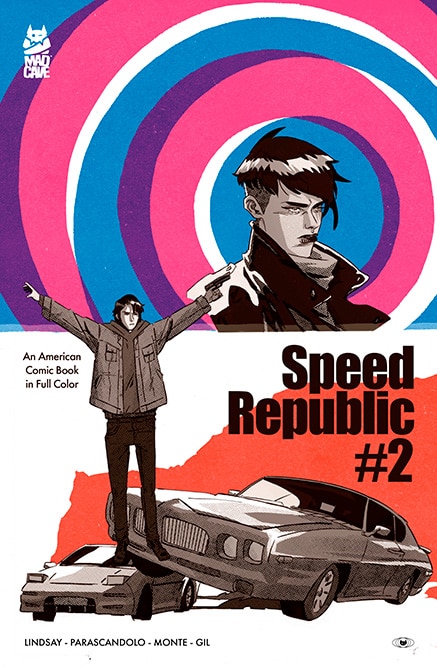 Here's What Critics Are Saying 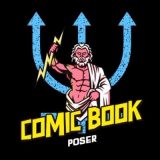 Comic Boook Poser@CBPoser
Read More
"I loved every heart-pounding second of this issue. From the flamboyance of the Autocrat beginning the race to the illusion of safety, purge-like gangs of animal masked folks, and a twisted family history keeps the high-octane pace of this first issue alive and well. I cannot wait to see how the race continues to add new layers throughout each issue." - Rimmey 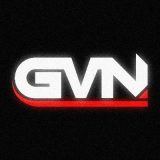 Geek Vibes Nation@GeekVibesNation
Read More
"To bring it to life, artist Emanuele Parascandolo applies his prodigious talents to great effect along with colorist Michele Monte. Together, they do a great job of balancing the drama along with the race action. And to think, its only issue one! A pretty strong start for the series and showing such a great promise for what is to come." - Martin 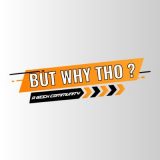 But Why Tho?@ButWhyThoPC
Read More
"Full of action, cool artwork, and thoughtful musings on a world that is already in dystopian decline, it should prove to be a surprise hit for your pull list, especially for fans of Cannonball Run and Mad Max. It ends on a shocking cliffhanger that leaves me wanting more to see who makes it to the finish line." - Carrie McClain

To The Winner Goes The Glory 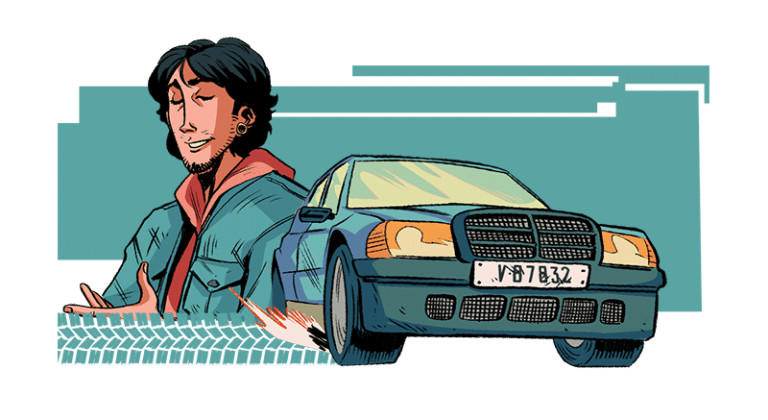 Hailing from a small town in the region formerly known as Spain, Sebastian Valencia has seen the suffering under the Autocrat’s rule firsthand. After his father falls fatally ill from drinking the town’s contaminated water, his older sister Shane disappears. Sebastian takes a sudden leave from his home life shortly after. Months later, he returns to find his father under the care of his ex-girlfriend, Ana. Without the knowledge of anyone else, Sebastian enters The Grand Race in an effort to make things right, both back at home and in the Autocrat-ruled Europe. A survivor by nature, Sebastian does what he can to get by. He tries to assume the best in other people, but gets burned more often than not.

Shane Valencia is Sebastian Valencia’s confident older sister. After her father fell fatally ill, Shane left her small-town life behind in pursuit of a greater purpose.
Shane seems to be a little too familiar with The Grand Race, but her true motives remain to be seen.
Ever the revolutionary, Shane has never shied away from taking action for the greater good.
Her methods may be unorthodox, but she ultimately wants to do what’s right…Even if it means knocking a few heads together. 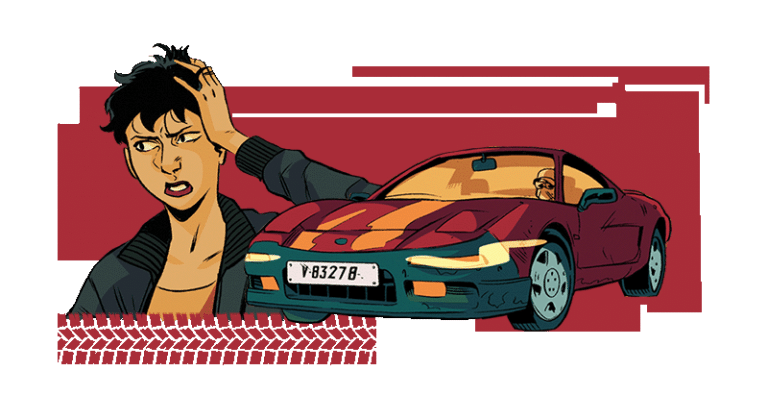 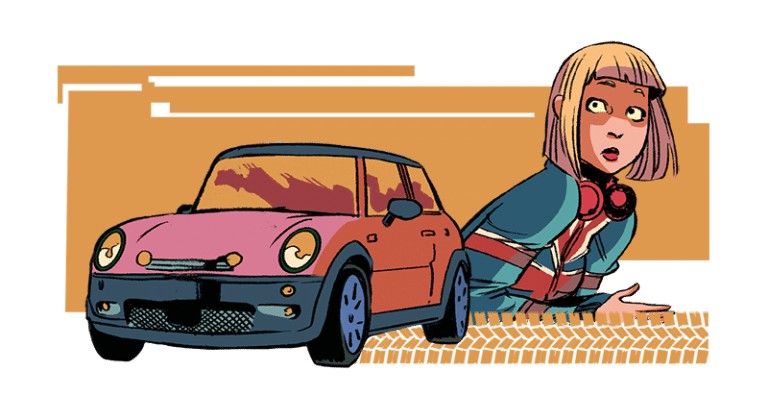 A kind-hearted racer from the former UK, Natasha is no stranger to the horrors of The Grand Race. Determined to give herself a better life, Natasha entered The Grand Race for the third year in a row. Though she knows the ins and outs of the race, she remains mostly civil towards other drivers, and genuinely wants to help others whenever she can–sometimes to her own detriment. For better for worse, every decision Natasha makes is deeply intentional, and her every move is calculated. Despite this, she wants nothing more than to do the right thing.

A man of many faces. The Autocrat’s rise to power was suspicious, at best. After taking control of Europe, it became immediately clear that the Autocrat’s only concern was one thing: Power. Corporate interests are his top priority, second only to his need to rule Europe with an iron fist. While the citizens of Europe suffer from famine and illness, the Autocrat’s pockets only seem to deepen. The Autocrat’s brainchild, The Grand Race, serves primarily as a source of entertainment for himself and his cronies. After all, what could be more entertaining than watching his citizens eat each other alive? While he can’t personally take part in the race, he pays his proxies handsomely to enter the race and cause as much destruction as possible. 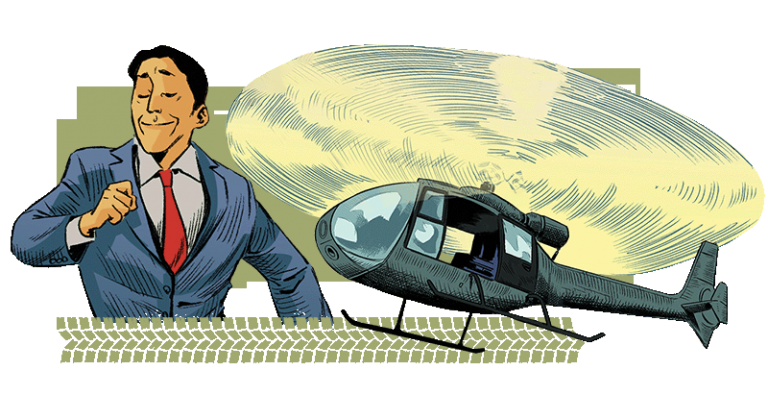 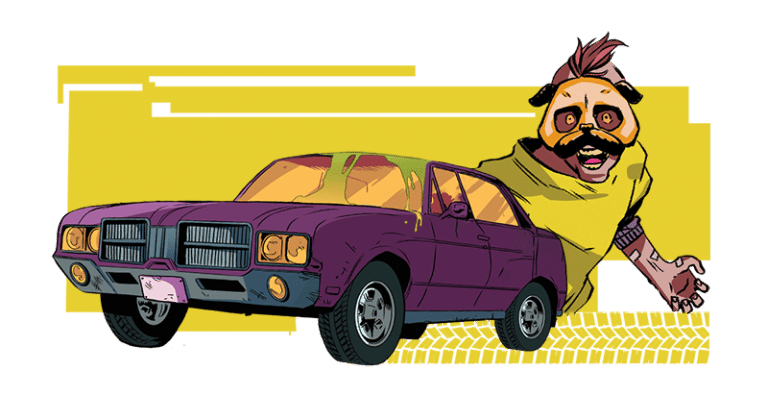 The Dogheads are a decentralized group of citizens wearing dog masks of all sorts of breeds. It isn’t clear who they work for, only that their goal seems to be to cause as much chaos and destruction as possible. They wear casual, everyday clothing, and keep their misdeeds mostly secret when they are unmasked. Dogheads are a fearsome force in the Autocrat’s domain; They can be anyone, anywhere, at any time–even when you least expect it.