Hello again, Cave Dwellers. A New Mad Cave comic book is here. But this isn’t just any issue, this issue marks the end of the first Battlecats arc: The Hunt for the Dire Beast!

Upon the arrival of the Battlecats in Stormholt City from the haunted region of La Marque, they are greeted by a furious King Eramad III. After a heated exchange between King Eramad III and Kelthan, the truth about their quest to slay the Dire Beast is revealed in a suspenseful story of shame and betrayal. Meanwhile, in the Blood Canyons, Valadar and Myrthalen have gathered their army and, along with his Darkats, have already begun to lay the groundwork for a revolution in Valderia. Their goal…to overthrow the Eramad Dynasty and push Valderia closer to its one true nature: war.

“All I can say is that Battlecats builds. It’s an emotionally-charged, action-packed adventure enveloped by a captivating medieval fantasy setting that constantly grows both in size and appeal. It offers something for every comic book reader —from fantasy fans to overall indie lovers, from the avid comics lector to the more passive ones. Our desire is to submerge each Battlecats reader into Valderia’s rich environment and experience this world through their eyes.” said London. (read the full interview at PREVIEWSworld)

Written by Mark London and Illustrated by Michael Camelo.

Therefore, make sure to visit your #LCS and pick up a copy of Battlecats issue 5!

END OF ARC. The Battlecats face a difficult decision, one that directly contradicts the orders of King Eramad III. Meanwhile, the seeds for an evil uprising in Valderia have been planted. What does fate have in store for Valderia? What will become of our heroes? 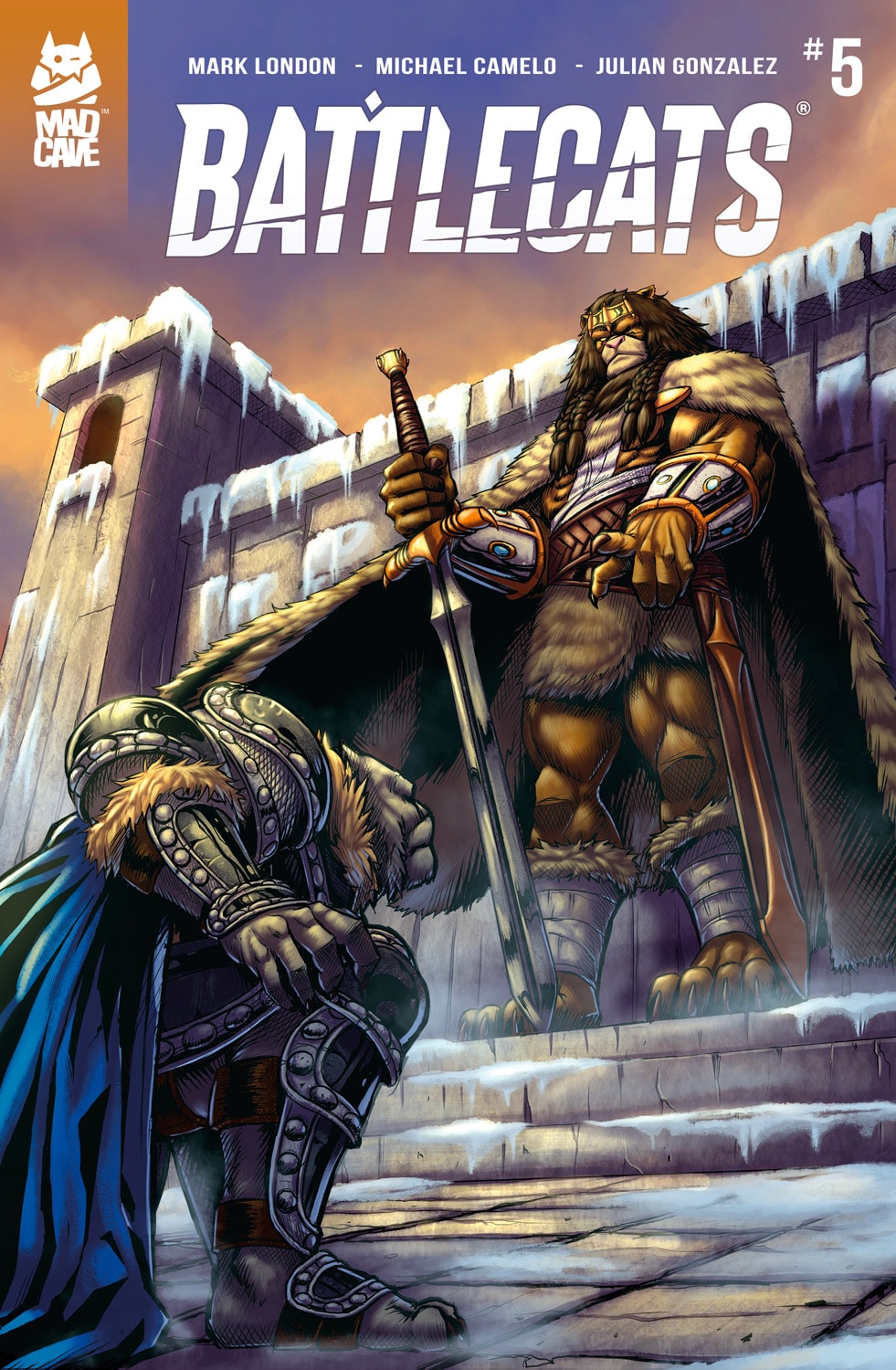 Written by Joe Corallo and Illustrated by Lorenzo Colangeli with cover art from Sweeney Boo, Becstar offers something unlike anything seen in today’s mainstream media; an immersive

Genshi Returns Genshi Sakagura and his cursed Tengu are back in the second volume of Honor and Curse, Mad Cave’s action-packed Shinobi tale influenced by

Coming Soon To A Store Near You: They Fell From The Sky

Hitting stores February 2021, They Fell From The Sky, is now available for preorder. The all-new sci-fi series created by 2019 Talent Search Winners Liezl

The Battle For God’s Armor Begins: Knights Of The Golden Sun Now In Stores

Find the light, burn brighter than the sun, and evil will fall. Knights of the Golden Sun #8 heralds the return of the Archangels available

Diamond Comic Distributors, the world’s largest distributor of English-language comic books, graphic novels, and pop culture merchandise, is pleased to announce that it has signed